The Evolution of Robotic Anesthesia

The onset of the technological revolution has changed the way healthcare is practiced. Robotic surgery became popular as healthcare professionals moved toward more minimally invasive surgical techniques. These techniques, along with the technological innovations associated with them, led to benefits such as reduced wound access trauma, shorter hospital stay, improved visualization, less postoperative wound complications, and less disfigurement. (1) Furthermore, innovations such as monitoring technology (EKG, EEG, ultrasound, etc.) as well as the development of faster-acting, less toxic agents have changed anesthesia administration. While many surgeries now are rapidly approaching automation, anesthesiology has until recently had relatively little exposure to the transition towards a robotic surgeon. Currently, there are three main categories that represent automation in anesthesia: 1) pharmacological, 2) mechanical, and 3) decision making robots. (2) While these systems are not yet in common use, they are becoming increasingly accepted as tools for error minimization, precision, and optimal patient care.

Pharmacological robots, predominantly closed-loop systems, are manufactured to assist with anesthetic drug titration. Within the closed loop system, the general structure has three main components: central operating system, target control variables, and a drug delivery system. (3) Through a feedback flux, the system can continuously adjust and maintain a target without manual input by the healthcare professional. (3) A major step in achieving this automation of drug application was the development of the Bispectral Index (BIS), which measures the depth of anesthesia. (2) BIS was first applied in a closed loop system to isoflurane, then to propofol. (4,5) Later, the CLADS (closed loop anesthesia delivery system) was designed with the BIS as the control variable, the delivery system as an infusion pump, and the control system calibrated on the clinical pharmacokinetic and pharmacodynamic profile of propofol. These systems were collectively known as single loop systems, because they could only control one component of anesthesia. Most recently, usage of M-Entropy instead of BIS monitoring has allowed for a dual loop system. (6) This has led to the development of McSleepy, which is considered the first true pharmacological robot because it can control three components: hypnosis, analgesia, and muscle relaxation. (3)

Manual robots for intubation are used to give support to manual gestures during the intubation process. The DaVinci Surgical System (DVS) is perhaps the earliest example of such a machine, which contains several arms, a video camera, and graspers to assist hand movements and grip. (7) Likewise, the Kepler Intubation system (KIS) was designed containing a joystick, robotic arm, and video laryngoscope. In the case of the DVS, tracheal and nasal fiber optic intubations were performed; in the case of the KIS, oral intubations were performed. (3) The Magellan system was then designed for robotic nerve blocks in the case of regional anesthesia. (3)

Altogether, the evolution of robotic anesthesia holds promise for increased accuracy, safety, and efficiency in anesthesia application/management, as well as improved quality of care. 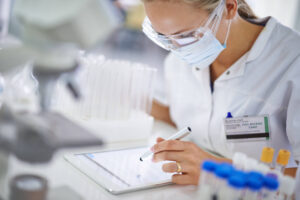