The Debate on Pediatric Anesthesia and Child Development

Early 2019, the New York Times published a piece titled, “Having Anesthesia Once as a Baby Does Not Cause Learning Disabilities, New Research Shows”[1]. The article explicated the results of a randomly controlled trial that compared neuronal development between infants that were exposed to anesthesia, and the control of infants who had no anesthesia exposure. The study conclusively calculated that there were no significant neurodevelopmental differences between the two cohorts. In detailing these recent results, the New York Times has added on to a broader discussion in the surgical and anesthesiology community on the appropriate use of pediatric anesthesia. Over the past ten years, several conflicting reports have emerged regarding the neurological effects of administering anesthesia to pediatric patients. The issue is often debated in the academic literature. A brief summary of selected research to-date is crucial for evaluating this topic, as well as the evolution of treatment plans for the pediatric population.

The theory that proposes that pediatric anesthesia administration may potentially cause neurological effects on patients was first introduced by animal studies. In 2003, Dr. Jevtovic-Todorovic and her associates revealed results that exposure to nitrous oxide, isoflurane, and midazolam led to significant neurodevelopmental effects in neonatal rats[2]. In this research, the exposure to anesthetic agents was designed to mirror that of relative amounts utilized in surgery. Moreover, the exposure time similarly matched an average surgery, approximately 6 hours, in order to involve time as a pertinent factor. The research team found that the neonatal rats exposed to anesthesia underwent apoptotic neurodegeneration, affected memory and learning, and a deficit in hippocampal function. These specific and crucial results were a vehicle for concern in the medical community, as animal models often occur prior to human subjects’ trials. The result of this animal study thus engaged debate among the anesthesiology and surgical academic fields as to the relevance of the results, as well as the viable mechanisms by which these conclusions occurred.

In later studies, the theory held true among human patient populations. Block et al produced results in a 2012 study that early exposure to anesthesia, confined in this study to before one year old, resulted in a significant decrease of white matter in the brain[3]. This longitudinal study tracked two cohorts, the anesthesia exposure cohort and the control cohort, measuring intellectual capability as collected by data on academic achievement over a decade. The study subjects also underwent significant neuro-imaging, including MRI. In this study, subjects who had anesthesia exposure as infants reported a 4% decrease in white matter content compared to the control. For reference, white matter is involved with brain communications, as well as learning and neuronal function[4].

Concurrently as academic research continued to focus on this issue, federal healthcare policy similarly engaged with the topic at-hand. The U.S. Food and Drug Administration (FDA) has published multiple bulletins explaining that the agency warned against anesthesia administration to patients younger than three years of age[5]. If anesthesia use is critical at this stage, the FDA recommended that the procedure be less than three hours in length. These standards were adeptly adopted in several healthcare institutions across the States, according to FDA reports.

Yet, in recent years, studies with actual patients have revealed results that conflict with previous research on this topic, thus indicating that earlier results may have been driven by confounding factors. The Mayo Anesthesia Safety in Kids study, article published in 2018, compared three cohorts of pediatric patients and longitudinally followed the subjects for up to 20 years post-exposure[6]. The cohorts included a control group of unexposed patients, patients who were exposed to anesthesia one time, and patients who were exposed to anesthesia more than one times. The results showed that exposure of anesthesia before 3 years of age was not associated with negative impacts with reference to IQ and neurological assessment. These results were bolstered by a recent large-scale study, which explored the effect of anesthesia exposure for greater than 10,000 study subjects over time and found that exposure to anesthesia was not associated with any neurocognitive deficits[7]. Thus, recent studies cogently suggest that the past links to neurological defects are not necessarily causality and are potentially due to confounding or additional environmental and/or health history factors.

Research in the anesthesia and surgical academic fields will continue to explore pediatric anesthesia administration and its specific effects until the entrance of a clinically accepted standard. However, the recent journalistic attention dedicated to this issue highlights the importance of allocating more attention to pediatric and other special populations, for anesthesia providers, researchers, and policy-makers together.

[1] Klass, Perri. “Having Anesthesia Once as a Baby Does Not Cause Learning Disabilities, New Research Shows.” The New York Times, The New York Times, 18 Feb. 2019, www.nytimes.com/2019/02/18/well/family/one-exposure-to-anesthesia-in-children-does-not-cause-learning-disabilities-new-research-shows.html. 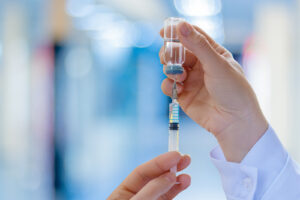